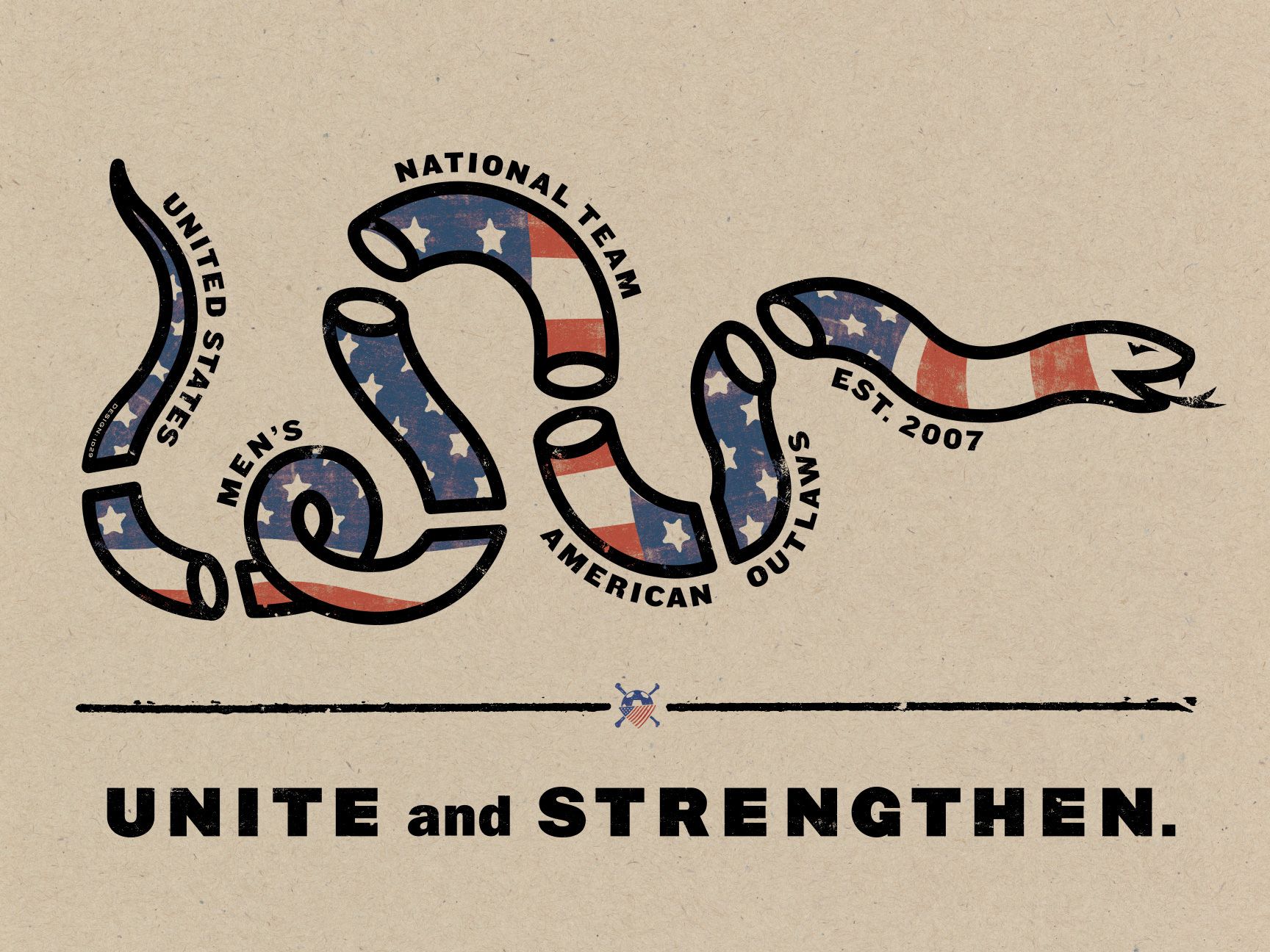 During the build up to the 2014 Men's World Cup, the U.S. Men's National Team scheduled a friendly vs. Turkey at Red Bull Arena in Harrison, NJ. I worked with American Outlaw's co-founder Justin Brunken on this poster, which was a giveaway for AO's traditional night before the match party. They liked it so much, they added to their American Outlaws online store. 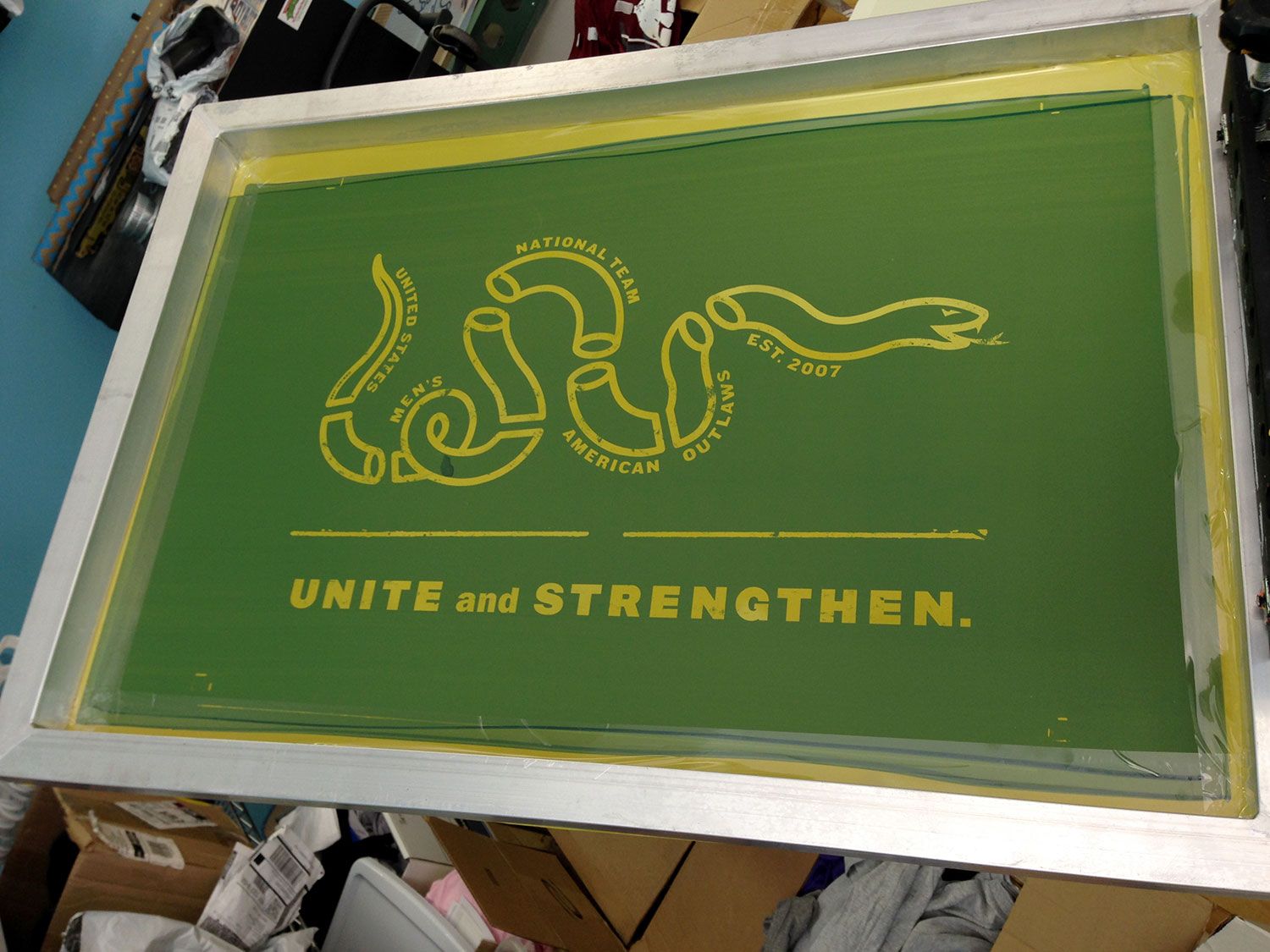 The black screen is ready. 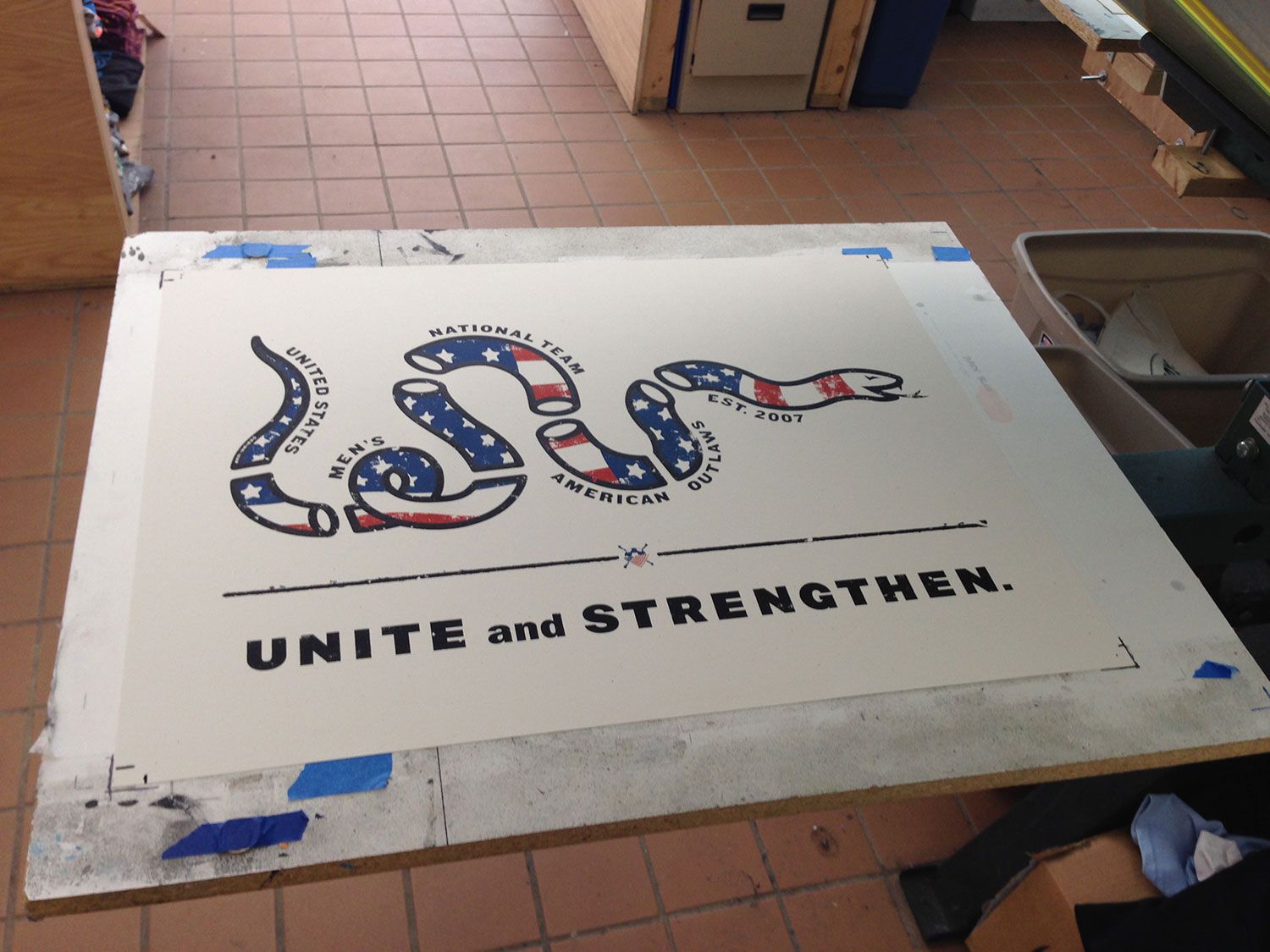 All 3 colors are down on beautiful French Paper.

Printed with Taylor Gillis at Troy Cloth & Paper, May 2014. Based upon Benjamin Franklin's 'Join or Die' woodcut from 1754.

back to posters
home